Feelings hurt? Shame to the rescue! 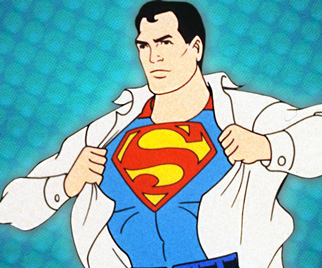 Shame seems like it’s your ally – when your feelings are hurt, it will come to your rescue

Shame’s primary goal is to “protect” you from getting your feelings hurt. As soon as your feelings are hurt, shame will come to the rescue to offer you some suggestions on how to protect yourself.

I’m very familiar with hurting people’s feelings. I raised 4 kids. I pastored a church. I am a human. I’m fond of saying, wherever two or more are gathered in his name someone’s feelings are going to get hurt.

What we may not know about getting our feelings hurt is that it normally happens because we feel exposed for some reason – or we feel found out. When we feel exposed, we typically experience some negative emotion – like pain. Emotional pain means our “feelings” are “hurt”.

What’s the difference between hurt feelings and getting ticked off?

Well, frequently there’s no difference at all. This can often be a gender issue. Men frequently can’t admit their feelings were hurt so men typically grab a shame based diversionary tactic called rage. But men never pause to wonder why exactly they are ticked off. It’s likely because their feelings were hurt. They felt exposed and / or maybe something about them was “discovered” that they preferred remain hidden.

People frequently describe feeling embarrassed or humiliated. But, in this context, these are different than feeling shame. Shame is a defense mechanism to the feeling of embarrassment or humiliation you “feel” when something about you is exposed. Perhaps it’s been discovered that you made a mistake, that you gained weight, that you lost a competition, that you were wrong about something. Who knows. You will feel embarrassed and humiliated. That’s when shame shows up.

What’s the value of feeling those things?

Well, when feel those things we become aware of our humanity. Shame prefers our humanity goes unnoticed.

To shame, our humanity is synonymous with everything we don’t like about ourselves. Our limitations and our neediness. But this is what it means to be human. Shame, which is not an emotion but a contagion of sorts, wants to actually show you your humanity in a negative sense so that you can hide it from yourself and others. After all, it’s there to “help” you!! 🙂

So this is your opportunity to choose to do what shame is suggesting you don’t – own your humanity. Acknowledge failure. Embrace clumsiness. Agree that you may not know what you thought you did. Celebrate that another smart person has a different opinion than yours. Perhaps you learned something? Great! That’s the point of life. Perhaps we can even learn to apologize. This is the most powerful tool any human can offer another – a sincere apology.

Shame, instead, will suggest you hide, defend, blame, argue, run or any number of other things to prevent acknowledging your humanity. These things are all actions we may later regret taking. This, ultimately, is a form of death. Despite what you may otherwise want to believe, you are human.

Choosing a course other than what shame is asking us to choose gives us power over it. We are now running our own lives instead of having our psychology run it for us. If our feelings had never been hurt, we never would have been given the chance to look shame in the eye and win a hard battle.