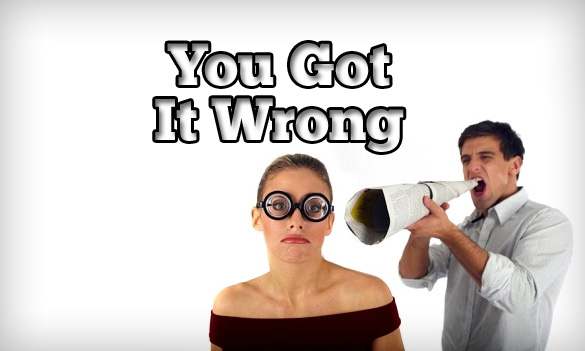 Narcissists hate criticism. Let’s be blunt about that. It’s almost unbearable. But overcoming shame (and narcissism as a result) means dealing with criticism.

When a person with shame based narcissistic tendencies such as me does something creative, they frequently hope for and search out positive reviews of their work. It can be shame inducing to admit that’s the case but that’s what we do.

We want people to like what we do because it’s a reflection of ourselves. It doesn’t always work that way as a recent review I received will attest. When a negative review – especially an extensively detailed negative review – comes along, the narcissist will feel pain (as we all might to some extent).

When the pain arrives, shame will offer a few suggestions on how you should deal with the criticism.

These represent my instinctive reactions to criticism. However, what I “preach” is instead of listening to shame, do the opposite of what it’s telling you to do and, instead, offer back courage, compassion, and more vulnerability – as keys to defeating the hold shame has on your life

So, instead of listening to shame’s suggestions in this moment of critique, what would increased courage, vulnerability and compassion look like in this moment?

First, it’s important to remember that I’m a big fan of the idea that these moments offer us substantial learning opportunities. Perhaps there are things I can learn from a negative critique – and I believe there are almost always things you can learn about yourself from the challenge of others.

We can minimally learn how shame is motivating and manipulating our lives specifically based on how we feel like responding to criticism for example – even if we learn nothing from the critique itself. Shame is trying to prevent all learning and growing from happening.

Learning, however, does require being vulnerable to critique – exposing yourself to it as it were. In this way you can hear what can be said to you through the criticism. That can be a tough place to go. But, where there is no learning, there is no growth.

It’s also been suggested that compassion is key to defeating shame. Compassion toward yourself for potential errors you made in your work for starters. It takes self compassion to reject the voice of self-contempt that may arise with each criticism. It’s important to consider that you may not be “wrong” just because someone says you are. They may just have a different view.

Further, you do you have to prove them wrong because they offered a critique either!! Even if things are said in hurtful or angry ways, it’s likely the critic is also hurting or angry as well and doesn’t know what to do with their own anger and hurt. Our goal then, is simply to be kind.

They maybe right – hear me on this – they may be right in their critique. Or they may not. What matters is observing how shame is rising up in you when you hear it and choosing how you will respond.

In this way, vulnerability mostly offers opportunity. Opportunity for shame to arrive and suggest you take actions that you will later regret. It’s in this moment we are given a chance to make a decision other than what shame suggests and retake our lives from this destructive force.

I have made many mistakes in life. I am certainly a failed teacher and, in fact, no longer consider myself a teacher at all, but a student. I have made mistakes in marriage, in parenting, in pastoring, in farming, and any and all other of life’s roads I have traveled. Most regrettably and in summary I have likely failed to follow Christ in a way that’s entirely helpful. I have been misguided, misaligned, misinformed, and misunderstood. All these things are because I am human. A fact I must now embrace in order to kill the Narcissistic voice in my soul. Defeating narcissism is possible.

Companion for the Journey

Perhaps I’m wrong and misguided in that hope. But it’s my hope nonetheless.