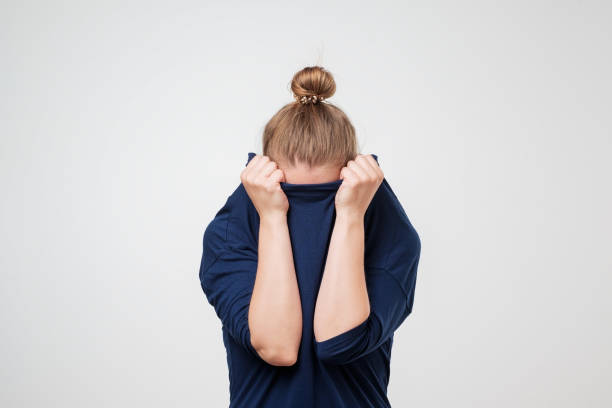 Shame and embarrassment get confused quite often though there’s been a lot written about the similarities and differences. This is to shame’s benefit. The insidious and toxic ability of shame is never more present than in its ability to disguise itself as other things. In fact, we frequently see the “effects” of shame but rarely see shame itself.  We see things like

Shame has also found a way to hide behind the term embarrassment. This makes light of how insidious and destructive shame can be by comparing it to how childish and lighthearted feeling embarrassed can be. If we just think shame equals feeling embarrassed we are likely to never do anything about it. In fact, if we equate shame with an emotion or feeling at all as some have done, we have remarkably minimized shame.

While embarrassment is not shame, it’s an indicator that shame will soon arrive. Embarrassment is one of the feelings that will trigger shame to come to our rescue to get us out of some mess we have created for our selves.

Embarrassment is a feeling that’s typically associated with getting “caught”. We can be caught in a physical reality such as having stolen money from the church collection plate for example. More frequently, we experience a perceived deficiency in our self-assessment. This is why we hide our face when we are embarrassed or feel “caught”. We intuitively know we don’t want people associating us with what just happened.

In my book, I recall an embarrassing moment in a radio interview. As the interview started, the host asked me if I had a psychology degree. This degree would give me authority to speak on the subject of the psyche such as shame. Since I have no such degree that legitimizes me, I felt embarrassed. I felt caught trying to make myself more than I was and I had those “feelings” come over me.

Shame, on the other hand, is inner motivator that tells us what to do in that situation. It can suggest we lie, run, lash out, or in some way defend ourselves from the “attack” on our credibility. Shame is actually doing this to help protect us from feeling the pain of “embarrassment”. Once we sense we’ve been “discovered”, shame will be there to protect us. This is also where shame will suggest we turn on our own selves for being so stupid to even subject yourself to this interview. Shame will suggest you never speak on such things ever again.

Our goal is to recognize that when we feel embarrassed, shame will soon arrive to give us some suggestions on what to do next. It’s typically in our best interest to avoid those suggestions and head shame off at the pass. If we are aware that shame is going to show up, we should prepare what we are going to say in advance of that so that shame begins to realize we aren’t afraid of feeling embarrassed.